Our Workshop is a nonprofit organisation which does up-liftment and sharing for the purpose of trying to change racial inequality. Our focus is primarily in Cape Town for now, but we want to reach more audiences with this website. Aside from the NPO, Our Workshop Projects is a Pty (Ltd) and it exists to earn profit to support the Our Workshop NPO by selling products and services. This is a model of a social enterprise where the NPO and the Pty(Ltd) feed one another. In this way, anyone in the world can get involved by supporting our creations, and thereby supporting the Our Workshop NPO, which was founded in December 2016.

I met Heath Nash, the founder of Our Workshop, while on sabbatical in 2017. He invited me to one of the creative workshop sessions (I wove plastic on a loom!) just outside of Langa Township, in Cape Town.

It transpired that Our Workshop are underfunded (like many NPO’s in developing countries). I quickly realised the significance of what they were doing and asked how I could get more involved.

”To collaboratively build a long-lasting, self-sustaining, community-run, free-to-use workshop space for creative professional development using the design-thinking-process as a method for problem-solving.

The Our Workshop Mission

Heath & I met again at Our Workshop, and this time we discussed the needs and challenges that the Workshop faced. Heath explained that in order to start to understand and explore one’s creative potential one needs:

I soon learnt that even though Our Workshop was able to provide the space, materials and access – the supportive community part of the equation was often a challenge for Heath & the other volunteers. Heath expressed that a new website could help deal with a lot of these challenges, so I began by asking questions about what the website would allow Our Workshop to do better.

My role on the project

After my sabbatical in Cape Town, I returned to London. At the time I was working full time on the Netflix production Giri/Haji, so all the work on the project had to be done after hours and on weekends.

Initially, I was planning on doing the user experience research & design and then graphics, but I soon realised that the day-to-day operations at Our Workshop were taking up a lot of Heath & the Team’s time, so I started to organise the project flow and lead. I did this by putting together a basic waterfall plan in Google docs, and sharing it with the team to give them an idea of the work that was involved.

I decided on a waterfall approach because:

To keep communication flowing, we started a group Whatsapp chat, and a Trello board. These were our main modes of keeping track of the project, along with emails. Video calls were not used often (the connectivity at Guga S’thebe was very poor, and we decided very early on that Whatsapp was much more time efficient for everyone chatting ‘outside’ of normal work hours, as well as being much less invasive).

I carried out remote field interviews with six individuals who had previously worked with sustainable, environmental or community projects in South Africa, or had attended Our Workshop classes in the past. The interviews were carried out over the phone.

During the interviews, I kept a Google document log of any insights and thoughts. I would add comments in during the interview – this way I could still capture the exact details of the interview, but add my own thoughts without interrupting the flow of the conversation.

Each user was asked the same questions – firstly to introduce themselves and tell me what they did for a living, then what their daily challenges at work were. I followed this part of the interview with questions related to fundraising – asking them if, and when, they donated money or time to a cause, and how they decided they would do this in the first place. 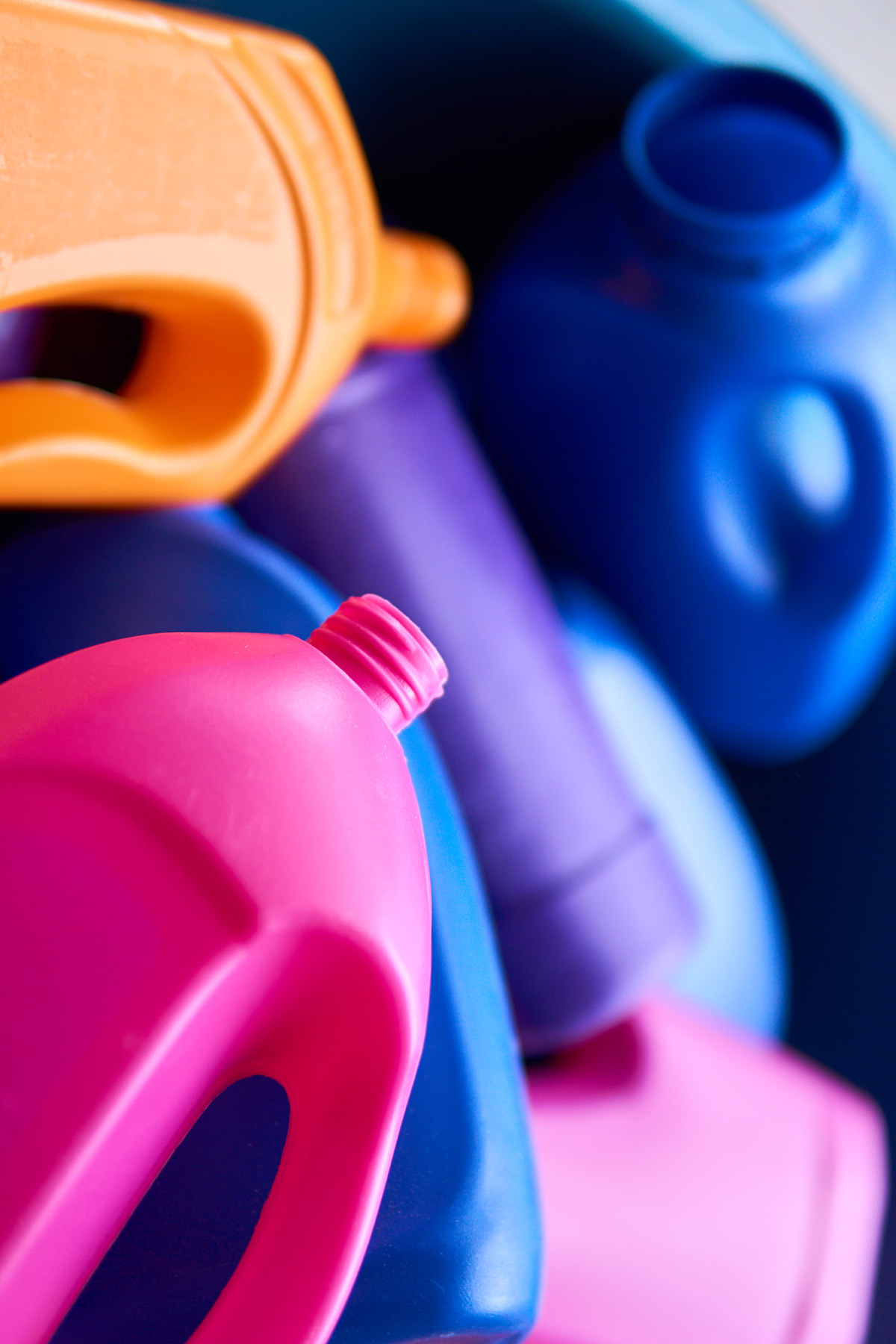 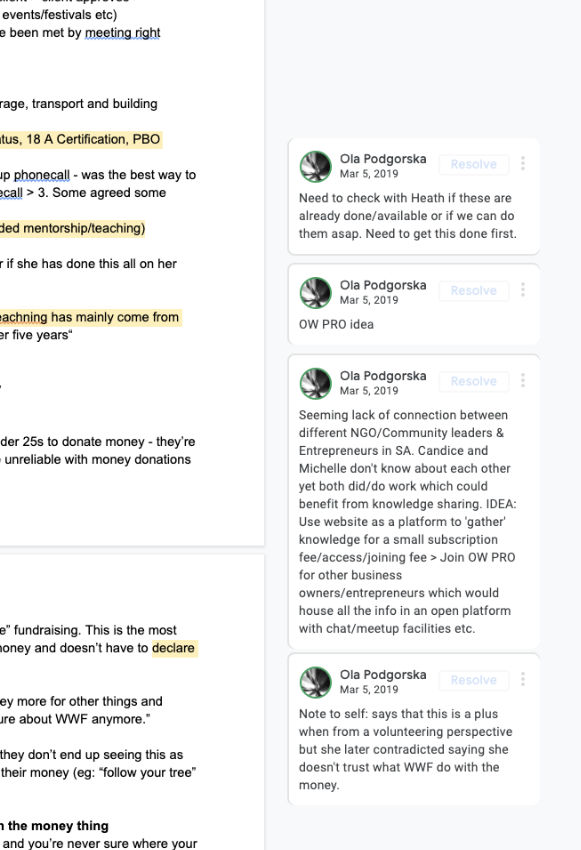 Through the interviews, I found out about potential user’s behaviour towards donating resources to NGO’s, as well as how other NGO’s operated.

My main findings were:

”The platform led me to participate with and meet other creatives, like a fashion designer in my ‘network’ which I wouldn’t have necessarily met otherwise.

Ashleigh, speaking on the benefits of collaborating with Our Workshop on a project in a user-interview

From the interviews I realised that there was a bigger opportunity to use the Our Workshop website as a platform to ‘gather’ knowledge and connect  individuals with other experienced creatives – for example other small business owners or entrepreneurs.

This online hub could help individuals expand their ‘local’ communities by:

With the added benefits to Our Workshop by:

Due to a non-existing budget, the site was slowly built on WordPress during 2022 (and the Covid pandemic) with the help of Felix & Shanton at WOWW. The site was built using the basis of the sitemap below (due to the lack of resources, some features had to be deprioritised) 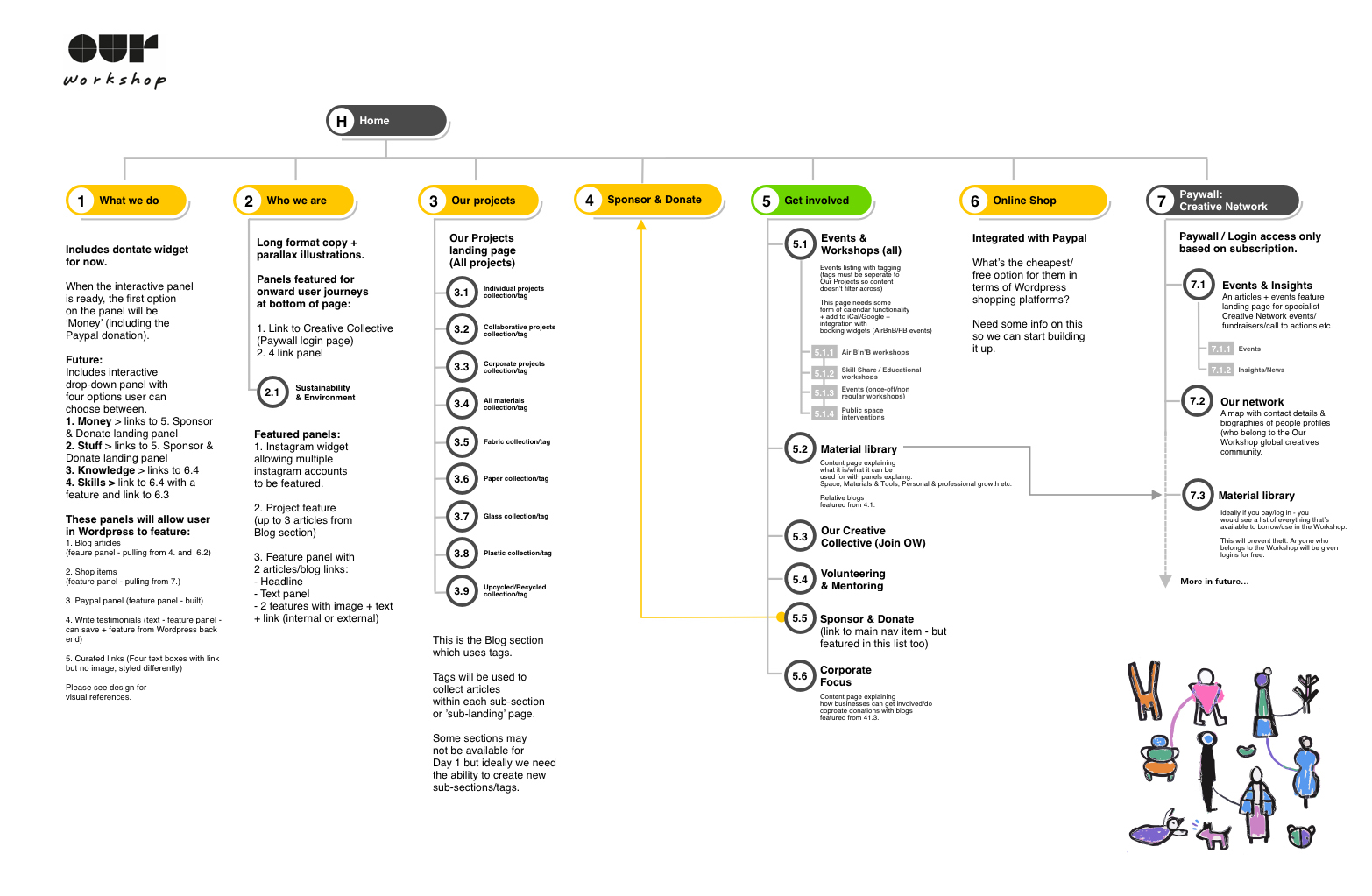 The site is finally live!

Launched late in 2021, the site in now being managed by the team at Our Workshop.