What is it?
Queer Beograd Collective was a Queer Anti-Fascist collective active in Belgrade Serbia from 2004 to approximately 2011. The goal of the collective was to provide not only a safe meeting place but a means of educating it’s participants towards a broader understanding of the political context in Serbia.

The design
I was inspired by constructivism, and the illustrative work of Max Ernst. To minimise print costs, the book was designed in one colour (158 pgs). I devised a grid, which kept the scripts static and consistent across both English and Serbian sections of the book – while enabling me to experiment and push the visuals and typography.

The challenge
Most of the images available from the performances were low-resolution and I used a transfer technique to get a visual style that would work effectively in black and white and across two languages (which I also typeset). Illustrations and book design were based on archive photography and film stills taken at the time (the performances took place between 2001-2004). 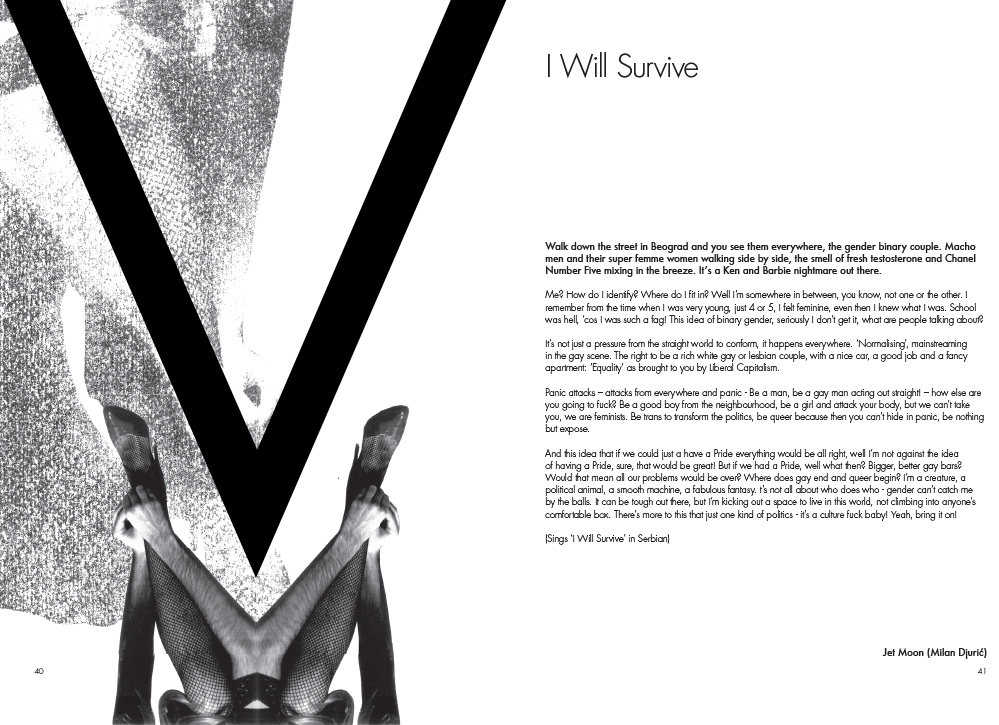 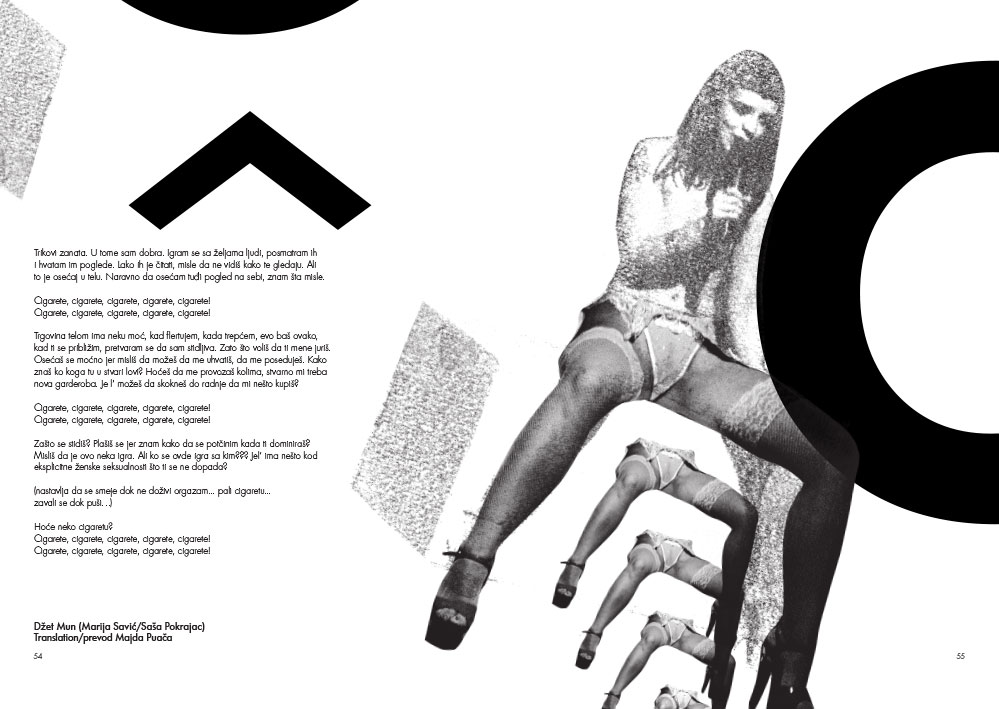 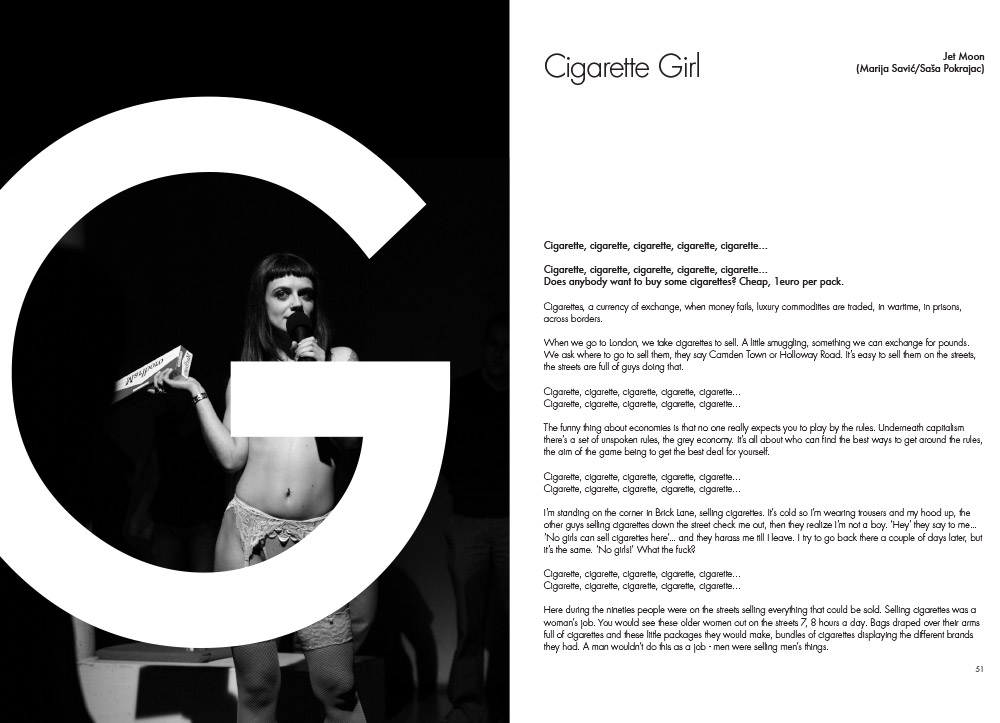 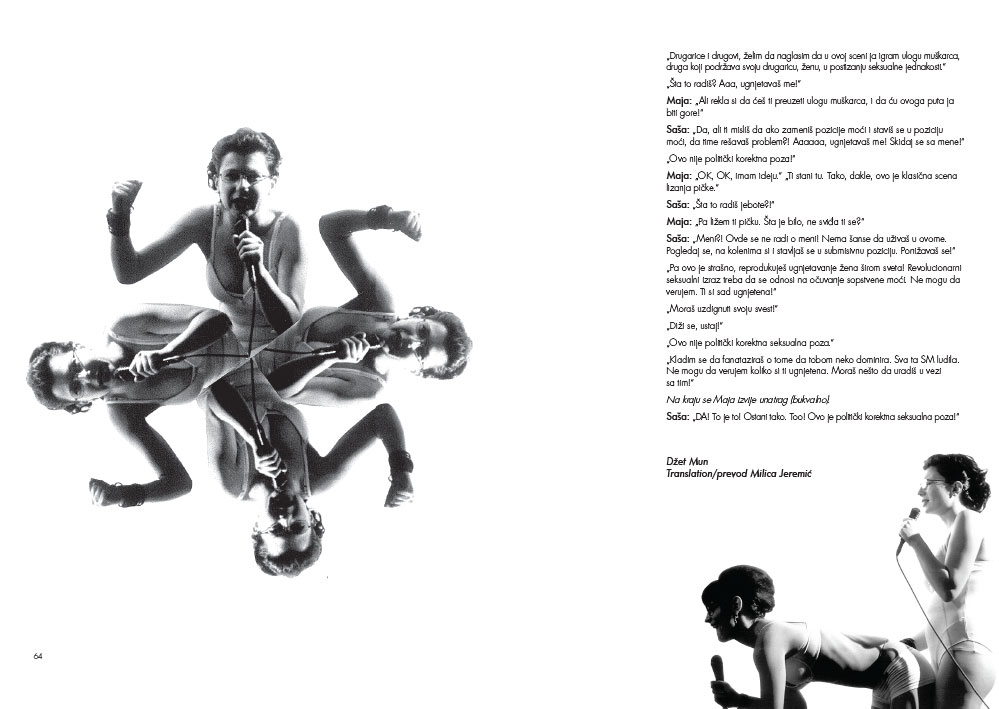 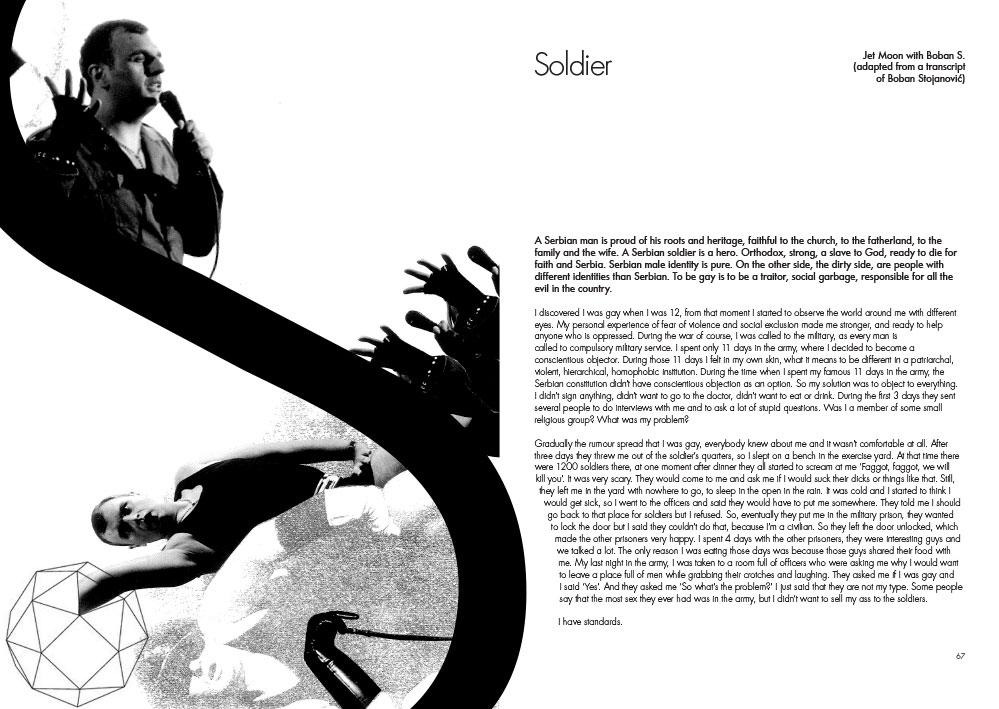 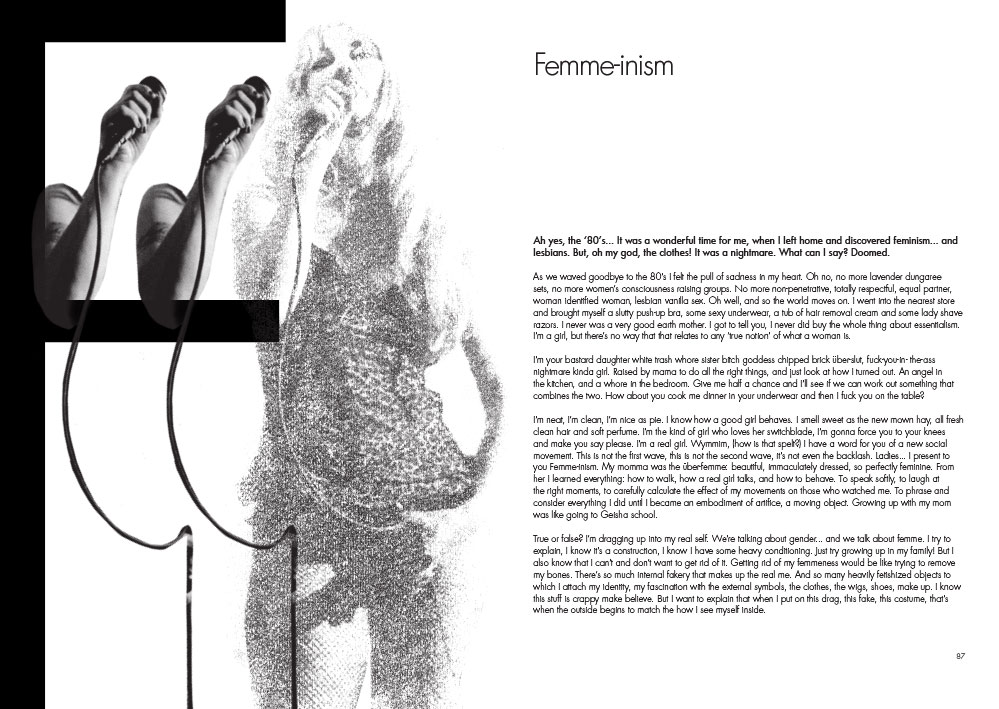 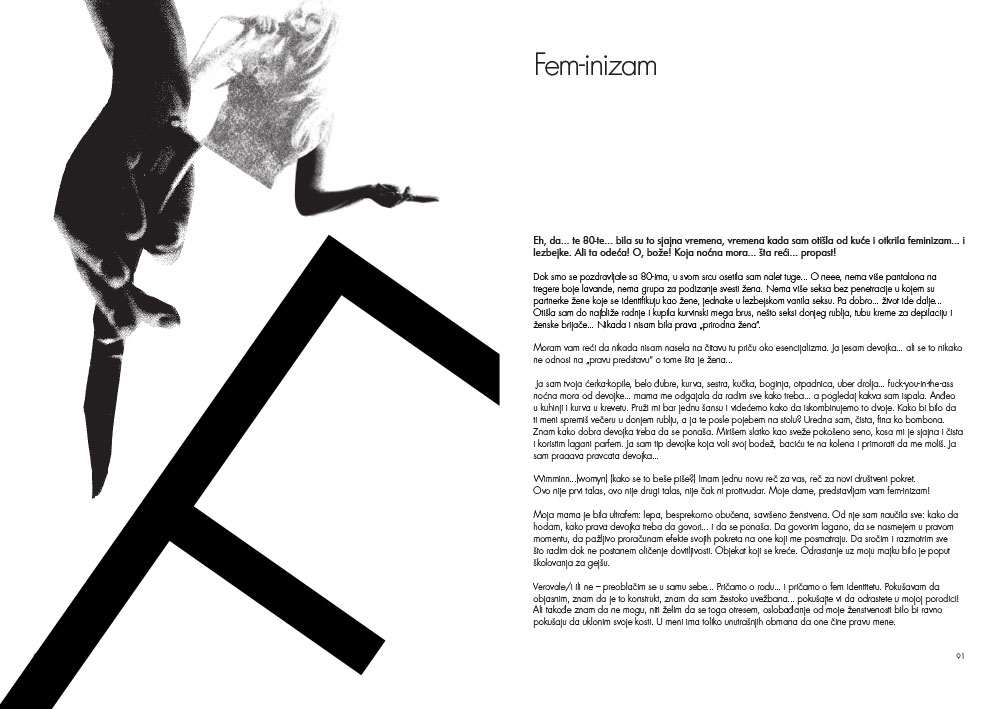 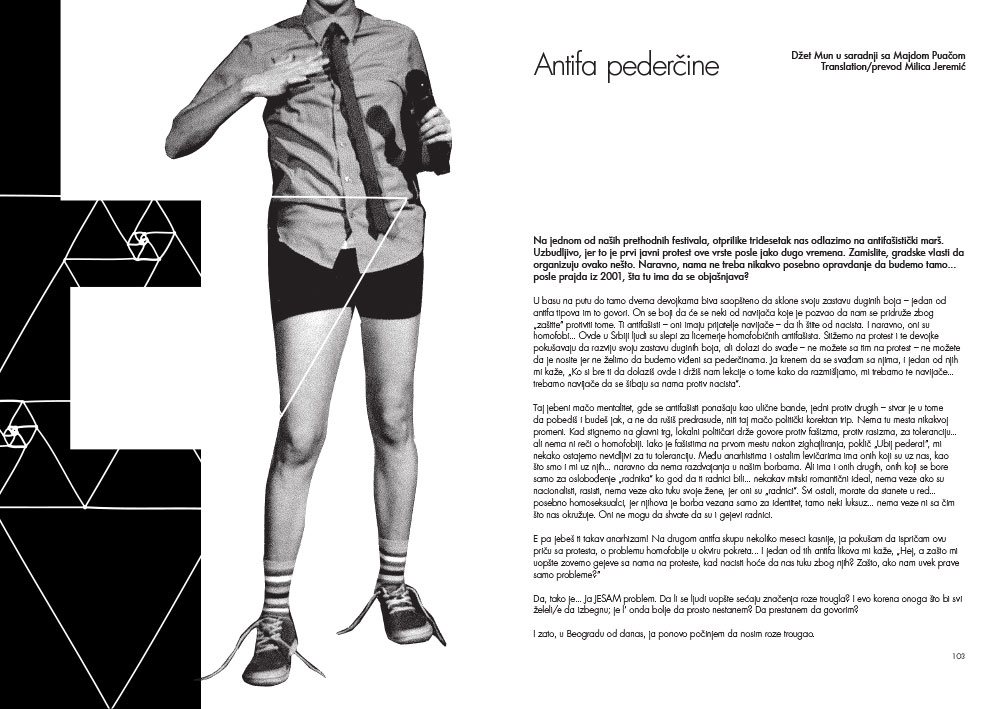 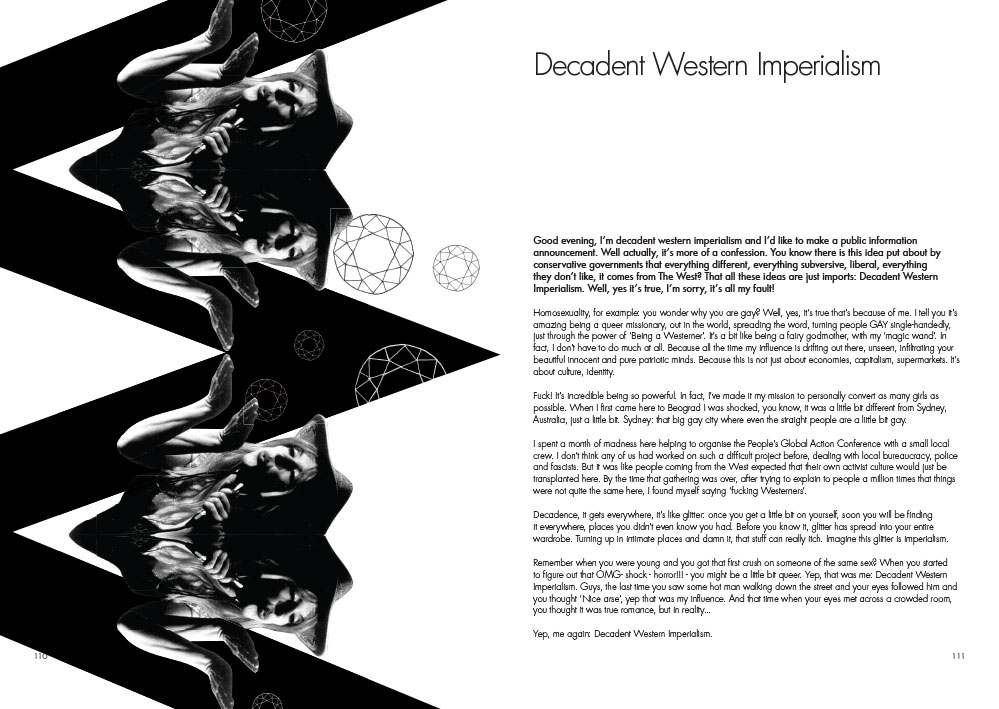 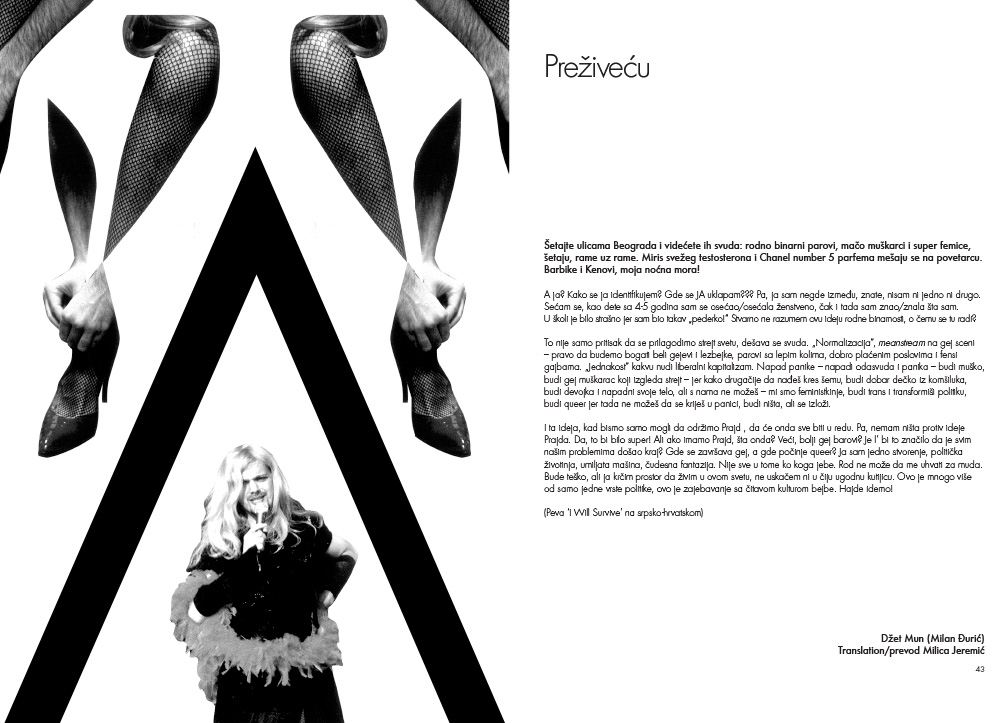 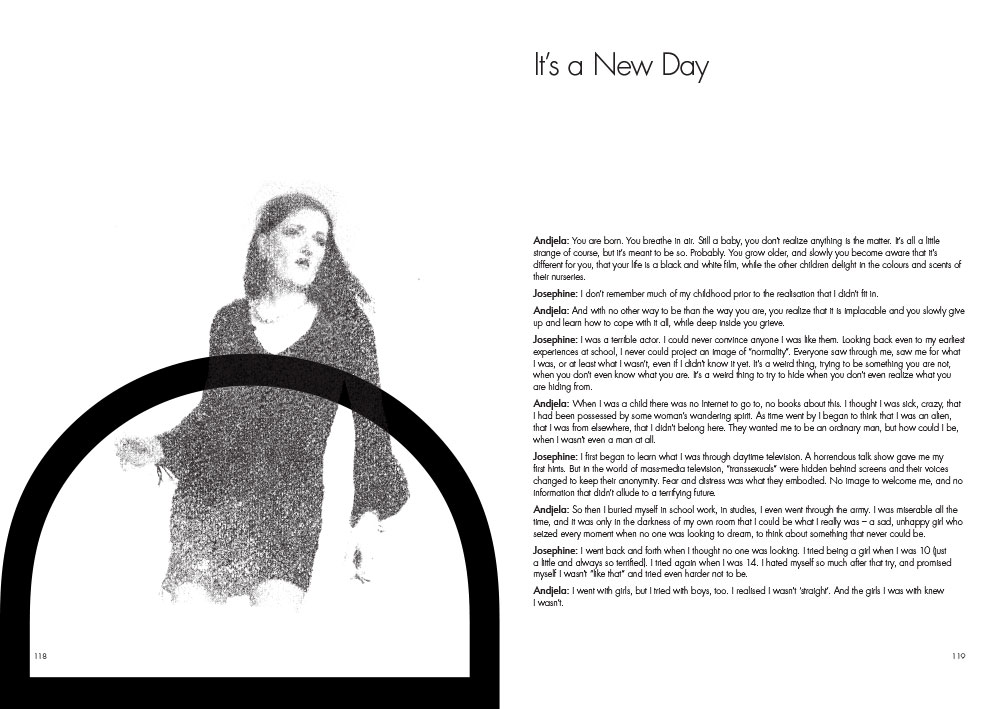 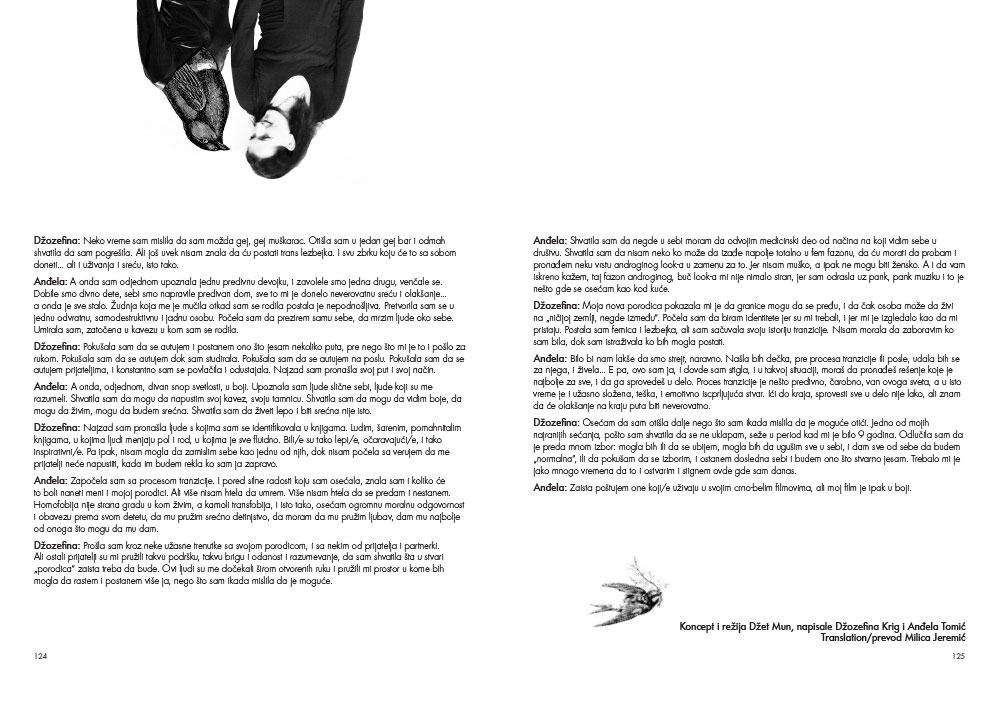 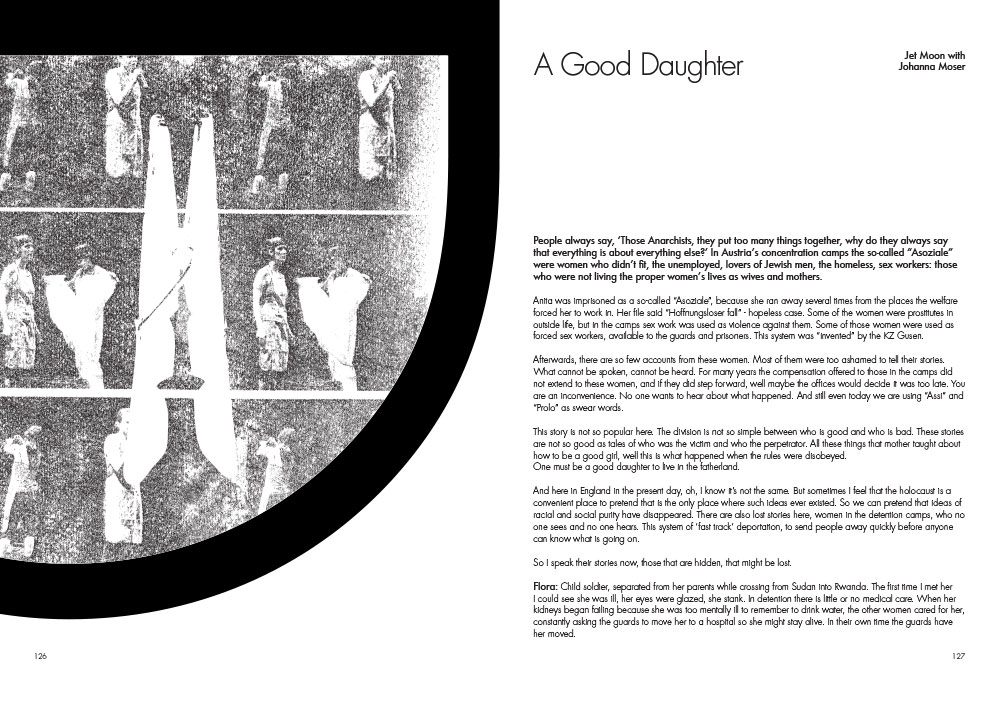 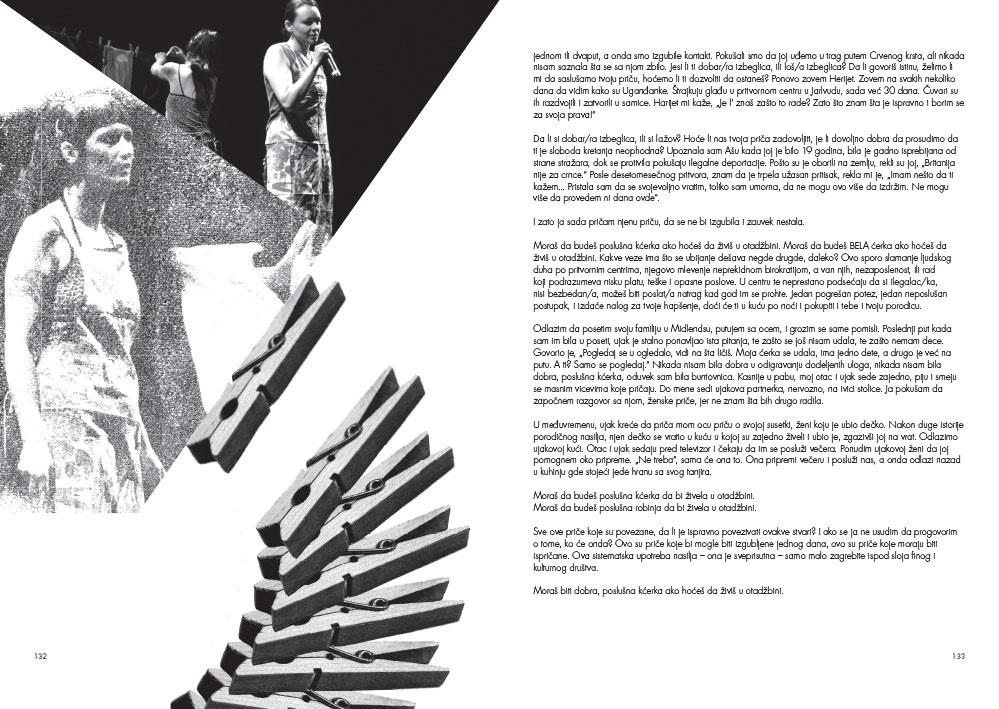 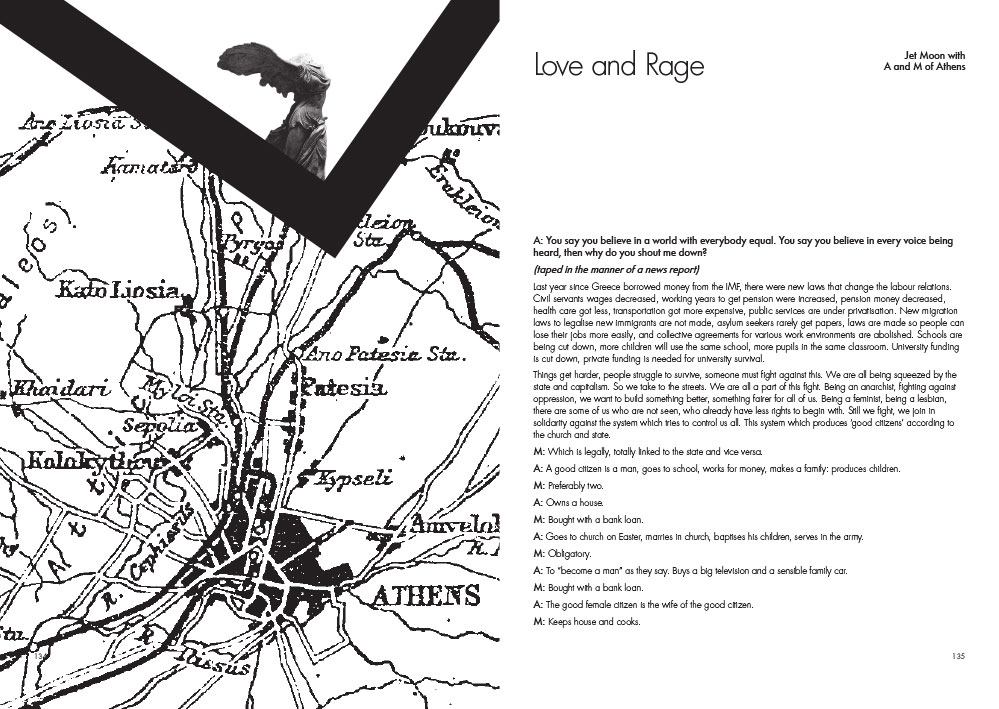 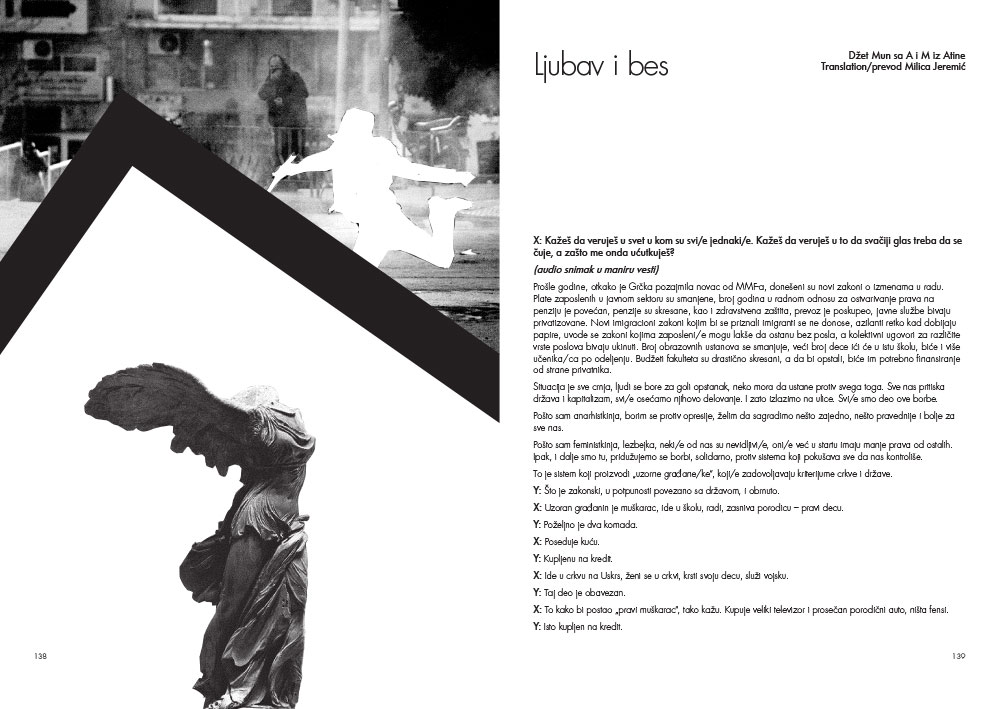 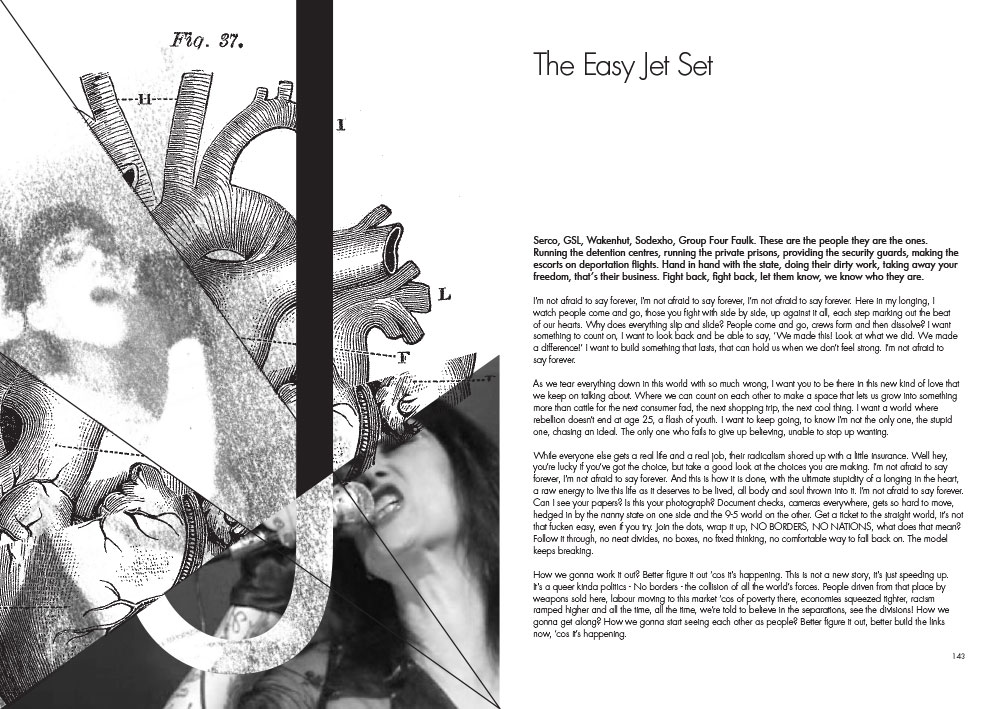 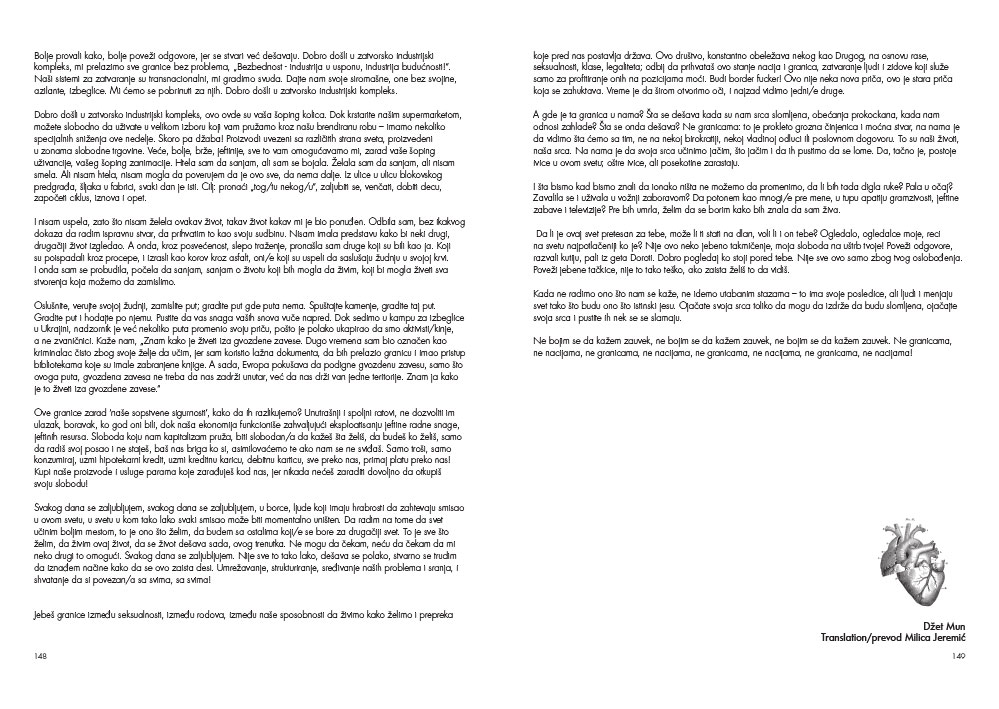